Cookies help us deliver our services. By using our services, you agree to our use of cookies. Learn more.

This site is available in the following languages:

Please provide your registered UserId to reset your password.

Link to reset your password has been sent to your provided E-Mail ID.
Please provide a valid registered E-Mail ID.

The biggest job on earth … and beyond

In February 2017, they were at Cape Canaveral to watch the launch of the SpaceX CRS-10 mission to the International Space Station. On board the transport rocket, was the V3PO experiment to research the growth of plant cuttings in micro-gravity. The experiment will bring new knowledge about cultivating plants in space and inspire new ways to grow food in the future.

Farming is already the biggest job on earth. It will only get bigger in the future as growing populations and declining resources create major challenges for the future of food. With its great heritage in farming, BASF is preparing for the future and committed to looking for new ways to solve these challenges; ways that even go beyond the boundaries of conventional agricultural thinking.

Today was another exciting day for the V3PO project. The experiment box and the plant cuttings arrived safely back at BASF's agricultural research station in Limburgerhof, Germany from the ISS. Waiting expectantly with the BASF researchers was a new team of pupils from the Edith-Stein School in Ravensburg. Sebastian Rohrer, head of the early fungicide biology team collected the parcel and brought it to the labs. Had the cuttings survived their long journey? ......

Modern plant research on a small scale: this photo shows the container for the plant cuttings "AFEx Habitat". It has two chambers and is smaller than a soft drink can.

Calling their project "V3PO" ("Vegetative Vermehrung Von Pflanzen im Orbit" / "Vegetative Propagation of Plants in Orbit"), the three students started their research in 2014 at the Edith Stein Agricultural High School in Ravensburg to find out if vegetables can be grown in space to provide fresh food during space missions.

The challenge attracted the interest of both BASF and NASA. While BASF provided scientific support for the project, NASA reserved a spot for the experiment on the International Space Station (ISS). It is the first crowdfunded German school project that has been accepted into the NASA Educational Program.

In February 2017, Maria, Raphael and David travelled to Cape Canaveral in Florida, United States to launch their experiment to the ISS. They spent three days at the Space Life Sciences Labs, near to Kennedy Space Center, to prepare a tiny, custom-designed microbox housing eight Ficus pumila cuttings.   The cuttings were launched into space to spend nearly a month on the ISS before being returned to earth.

To develop the experiment design, the students worked closely with scientists from BASF's Agricultural Center in Limburgerhof. A control experiment will also take place in BASF's labs on earth to compare the results.

BASF is proud to support the space farming project. What’s it all about, who’s involved and why could it be important for the future of food? Watch this SWR television report about the V3PO Space Farming Project to find out! Or take a look at our photo and video gallery for even more. 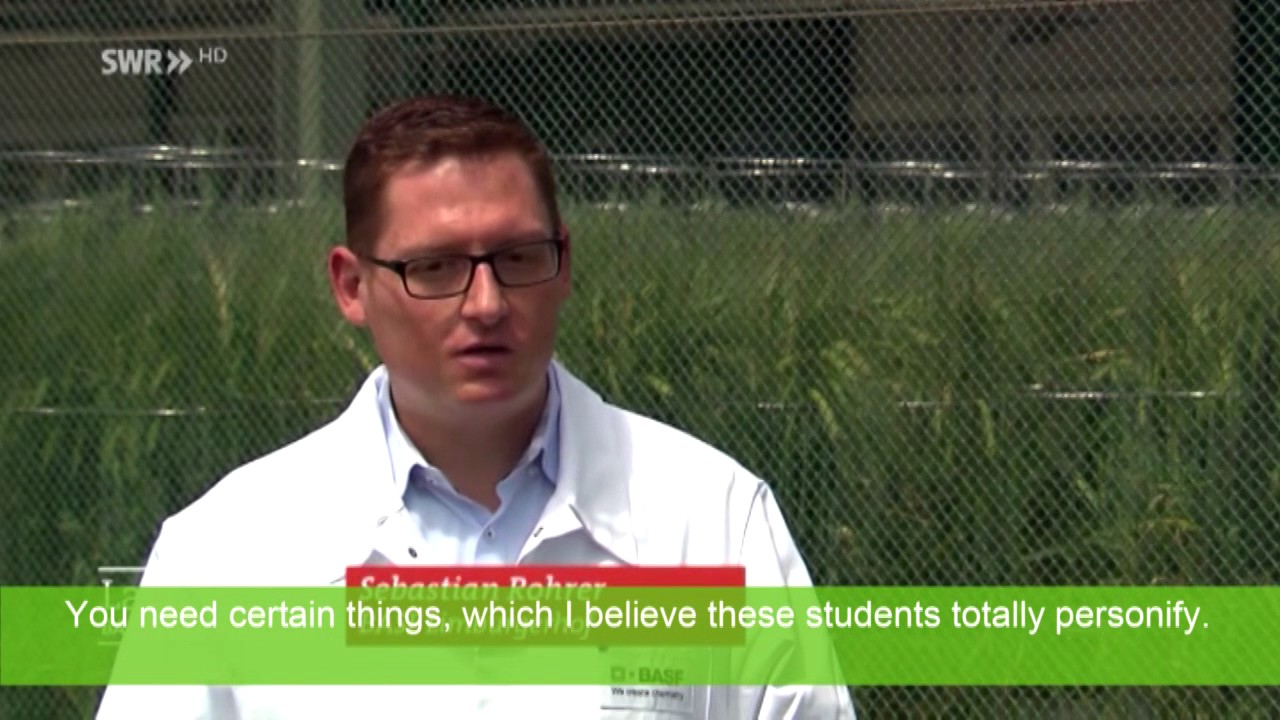 Until today, space research has focused on the behavior of seeds. Now the V3PO project takes this one step further into unexplored territory.

From school lab to outer space

Who is behind the V3PO project? Meet the students and scientists working on one of the most exciting agricultural trials BASF has ever been involved with.

Read the V3PO diary as the students travel to Florida for the launch of the space farming project to the ISS.

Brigitte Schuermann is the schoolteacher behind V3PO. As they get ready for the rocket launch, she describes the highs and lows of the past two years.

BASF is exclusively providing scientific resources and consultancy to the V3PO project.  The Space Station opportunity for the V3PO project is being made possible by DreamUp and NanoRacks LLC. NanoRacks LLC is able to provide this in-space opportunity via its Space Act Agreement with NASA’s U.S. National Labs.
Further supporters of the project include: Intrinsyx, mymicrogravity, the Federal Ministry of Economic Affairs and Energy, DLR (national aeronautics and space research center of the Federal Republic of Germany), inside, Airbus, and the Sparkasse Ravensburg.   (Photo: Jesper Rais)

Connect with the V3PO students